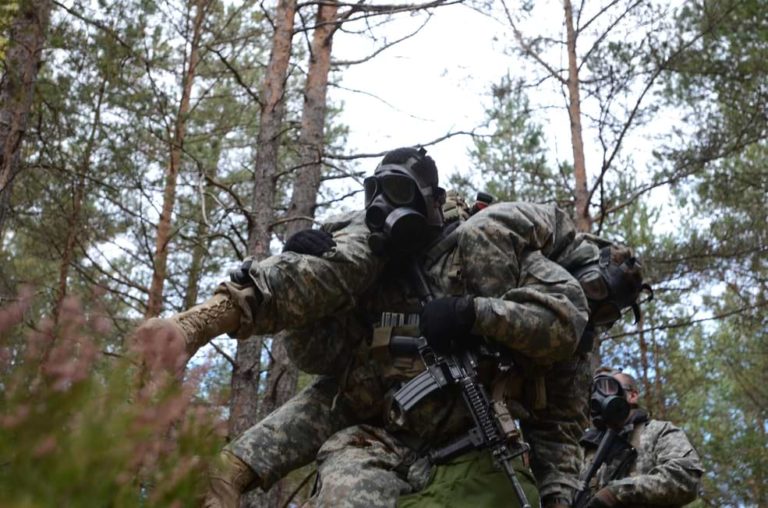 You may know that the term “dead weight” is used as an idiom, and if someone calls you “dead weight,” then you know it’s not a compliment. As an idiom, the meaning of “dead weight” is someone who is a burden that prevents progress or makes it difficult for others to enjoy or benefit from certain things.

But why do we use the term “dead weight”? Outside of idioms, the term “deadweight” is used in ship cargo to measure the weight a ship carries, not including the weight of the ship itself. However, “dead weight” can literally refer to anything being carried that isn’t alive – and yes, that also includes human and animal corpses. We use “dead weight” in these contexts because many find that it is heavier to carry dead weight than “non-dead” weight. Why is that? To answer, we need to explain basic physics.

In physics, an object in a state of equilibrium has no net forces pushing against it, so it isn’t moving. If you put a 5-inch cube on a table, it is in a state of static equilibrium because it is not moving (unless it vibrates or you pick it up) since there isn’t anything pushing it to move or drop to the ground. Gravity can make it drop to the floor, but the force gravity is putting on the cube is being cancelled out by the table’s surface, thus putting it in a stable state.

Generally, an object like a cube has equal size and weight in its entirety. However, not all objects are equally sized like this, so their center of gravity is not always necessarily in the middle. Let’s say, for example, that you want to balance a rake over a beam in your garage. One end of the rake – the side with the combs or tines – is heavier than the other side. No matter how close you are to the center of the rake, its heavier end will always outweigh the other side which will result in it dropping. In this case, the center of the objects isn’t always the location of the center of gravity and is actually closer to the heavier side.

Center of Gravity in Humans

A lot of people may not know it, but we see this applied in real-life situations every day. Let’s say you’re on a crowded train and, with no seats available, you are forced to stand. And it is so extremely crowded that day that there are no nearby bars near you to cling onto. What you can do to prevent tipping over, though, is standing with your legs spread slightly apart. This lowers your center of gravity and creates a sort of stable base for you to stand compared to standing in a train with your feet close together. Think of it as an upright triangle versus an inverted triangle: with a wider base at the bottom, the former is more stable than a triangle with a small base.

Unlike “dead weight” that cannot move or think on its own, live weight is capable of adjusting its center of gravity accordingly. In gymnastics, for example, gymnasts push the limits of physics in many competitions. Part of their training is learning how to balance themselves by putting their center of mass in the right position. The best gymnasts have mastered this skill, but those who haven’t can often find themselves losing their balance or failing to land smoothly.

Thus, it is possible for live weight (or at least “non-dead” weight) to adjust according to their situation and adapt. In comparison, dead weight cannot adapt to change. If a box is placed at the edge of a table and does not support its center of gravity, it will tip over and fall rather than adjust so that most of its weight falls on the table and can prevent falling over.

Example: A Dead Body vs. A Live Body

Let’s say you have to carry two types of bodies: a live body and a dead (or at least unconscious) body. These bodies both weigh a hundred pounds or 45 kilograms, so there is no difference between the two in terms of mass. However, you may find that it is easier to carry a live body rather than the unconscious one. This has a lot to do with the physics of center of gravity.

If the person you are carrying is alive, they can adjust their weight and distribute it so that their center of gravity’s location makes it easier for them to carry. Whichever way you choose to carry them, they can adapt and put their weight where it is appropriate so that you can carry them. In some cases, it is even possible to carry someone bigger than you during times of emergencies when you have to carry someone away.

A conscious person can adjust their muscles and resist gravity, so instead of letting their arms fall limp, they will keep their arms around your neck (if possible) and prevent their legs from flailing around so you are less likely to drop them. Because they are conscious, they can physically act as one unit and keep control of their limbs.

On the other hand, an unconscious body means that their center of gravity is in the default position, making them unable to adjust. However you try to carry the person, there is no physical support from them because they won’t adjust their body to the style you’re carrying them or where their center of gravity ought to be to make your carrying style effective. Add in the fact that you have arms and legs that rigid or will flail around as you attempt to lift the body as a unit, making it difficult to hold onto their body alone.

In short, a conscious body can actively control their limbs and specific points in their body to adjust their weight and make it easy for another person to carry them. However, a dead or unconscious body (as well as any other inanimate object) only has a default center of gravity and has multiple parts that can weigh down their bodies if they cannot control it.

What to Do in Case of Emergency

What if you need to carry someone during an emergency? According to firefighter Scott Finazzo, unless you’re carrying a young child or baby, cradling a fully-grown adult in your arms is impractical and dangerous if you need to carry them away for more than a few feet. If they are conscious and can walk, it is best to offer assistance and let them walk. And if they are either conscious but unable to walk or unconscious, it is best to use the “Firefighter Carry” technique – but only if you are bigger than the person who needs help. In any other cases or in times when you are unable to perform this technique, Finazzo provides other ways that require several tools or an additional person to help.

Physics applies to everyday activities such as carrying a friend for fun or for emergencies. That’s why you’ll find it’s much easier to carry someone conscious than someone who isn’t even if both parties weight the same. Hopefully, you’ll never have to witness an event that will require you to carry someone unconscious. But if you do, you’ll understand why it’s more difficult to carry them and how to best carry them safely.

PrevPreviousEverything You Need to Know About Adopting a Pitbull
NextParsnips: The Healthy Vegetable We’ve Been Missing Out OnNext