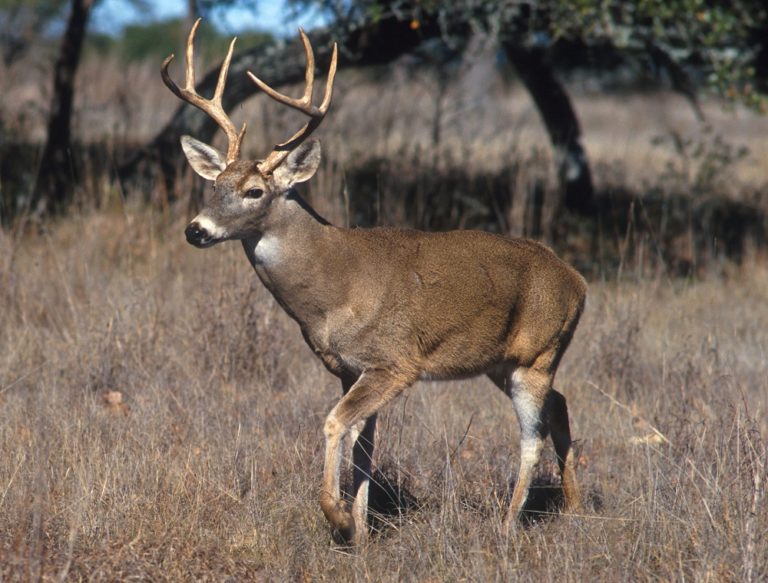 The Proper Terms for Calling Male, Female, Baby, and Groups of Deer

Deer are such majestic creatures. While there are various types of deer all over the world such as elks, water deer, moose, and reindeer, these mammals are recognizable in their own habitat. Unlike antelopes that are relatively tame, most adult deer are known for their antlers, and heavy build. They’re not the biggest animals or the most dangerous in their habitat, but they have their own means of surviving in the wilderness.

Like what is common with many animals, many people may not be aware of the right noun used to call deer. There’s actually a correct English noun used to call a male deer, female deer, young deer, and a group of deer. Read more to learn what a male, female, baby, and group of deer are called in English and how to spot one in their natural habitat. Keep in mind that there are around 60 species of deer, so their nouns may vary across countries.

What Is a Male Deer Called?

All male deer, except the water deer in East Asia, have antlers. While female reindeer have antlers, all stags sport larger and more branched out antlers. Male deer assert their dominance through their antlers, so the bigger and heavier they are, the more likely that they are the leader of their group. Antlers grow in such a way that two antlers can be locked into place so that males can wrestle with each other without injuring their faces. Zoologists have noted that there is a social hierarchy in herds of deer, and those with bigger antlers rank higher in their group. Males with larger antlers are also more aggressive and dominant.

Antlers are also used for mating selection. A female deer will be more attracted to a male deer with bigger antlers because of survival and a high chance of their male offspring producing the same large antlers. Bigger antlers also mean that the stag sheds his antlers slower, so while average-sized stags lose their antlers, male deer with large antlers can protect their herd for longer. Large antlers also signify high genetic quality, as those with larger antlers are more likely to reproduce offspring successfully and resist harmful pathogens.

What Is a Female Deer Called?

Deer have sexual dimorphism (which means the two sexes are clearly different even without looking at their sexual organs), so it is easier to distinguish a female deer from a male deer. Does are generally smaller than stags and, except for the female reindeer, do not sprout antlers. This may be why female deer are attracted to male deer with big antlers, as the bigger it is, the more protection they have against prey.

In some cases, zoologists have found some does that aren’t reindeer sprouting antlers, but these are very small, deformed, and unable to protect herself from prey or make her capable of wrestling like male deer. However, these female does often lose their antlers by the time they have a child.

You might even encounter a pregnant doe. Female deer carry their offspring for around 10 months and are often slower given the weight they carry. 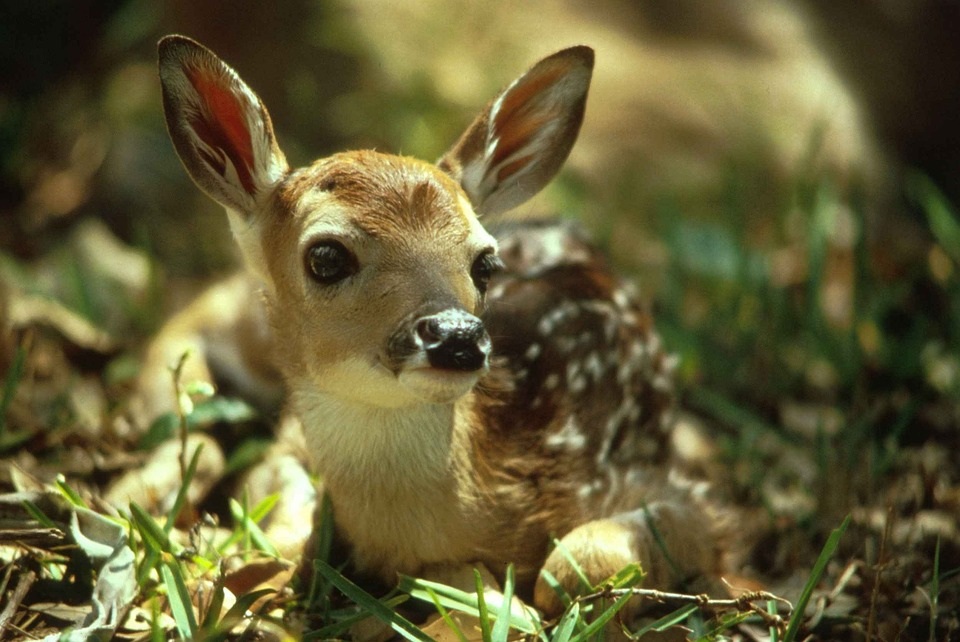 What Is a Baby Deer Called?

A baby deer is called a fawn or a calf, but a young deer a few years old that is neither a baby nor a matured deer may be called a youngling. Once a doe gives birth, their offspring learns to stand within the first 20 minutes. It takes them a week to exercise their legs and walk at the same pace as their mother. As younglings, fawns do not like leaving their mother’s presence or being left behind and are always next to their mother.

It takes about a year for a fawn to mature. Male fawns become stags and go on to start their own herd. Most of the time, stags never return or see their mothers again. Female fawns go on to become does and find their own mate. In case the doe’s mate dies or the doe decides to leave her stag, does sometimes return to their mothers, sometimes bringing their own fawns with them to start a small herd.

What Is a Group of Deer Called?

A group of deer is generally called a herd. However, some deer species live in smaller groups and are too few to be considered a real herd. A herd may also be called a parcel of deer. They can generally be called a group of deer, but the correct collective noun is either “herd” or “parcel.”

Deer usually act like familial groups. The father protects the family from danger by rearing its large antlers at potential predators, like wolves. The mother rears the children until they are mature enough to explore their environment on their own. Both the mother and the father train their fawns, and once the fawn is large enough, they find a mate of their own and continue the cycle.

Deer are adaptive and continue to live in open woodlands or large spaces. Unlike bears, bats, and other animals, deer don’t hibernate. They adapt by growing a thicker coat and altering their digestive system to eat whatever is available during the winter. Winters usually kill off deer that are too old, too weak, or unable to survive. This is because deer don’t live in caves or enclosed spaces since it’s in their nature to run from predators. Because a wolf or coyote can prey on a deer if they sleep for long periods of time, deer are too vulnerable to practice hibernation.

Why Bother with Collective Nouns?

Some of these collective nouns used for a group of animals might sound strange, especially to people whose first language isn’t English. Heck, even some people who speak English may find it pretentious to use the correct English collective noun.

For example, if you see a group of crows flying around and you point at them and say, “Look, a flock of crows!” there would be no misinterpretation. By saying this, the people who hear you understand what you’re trying to say, that there is a plural amount of crows nearby. If someone were to correct you and say, “Actually, it’s a murder of crows,” you’d probably roll your eyes and, if someone nearby isn’t totally familiar with the English language, wonder why a group of crows are named after a terrible crime.

And it’s not just a murder of crows. We get what a herd of sheep, school of fish, or a swarm of bees are based on the fact that words like “herd,” “school,” and “swarm” all denote the idea of a group in the English language, but there’s also a crash of rhinos, a deceit of lapwings, or a business of ferrets which makes no sense in the simple English context. So, why does the collective noun of deer still matter?

English 101: The Evolution of Language

The truth is, the proper collective nouns to deer come from old English use. The truth is, English is one of the most difficult languages to learn for non-speakers because the language is constantly evolving. If you’ve read Beowulf in high school or college, you might have easily understood it because it was written in the English we recognize today.

But English has actually evolved from Old English. Take a look at Beowulf written in Old English and compare it to Late Modern English, the language used from the 1800s until today. Despite the fact that the English we know and use falls under the same category as the English used by someone living in 1880, chances are, they didn’t have words like “ghosting” or“butthurt.” And yet, these words are now a part of authoritative dictionaries such as Oxford and Merriam Webster.

That’s because linguists and lexicographers only set the standard, but they don’t make the rules. If plenty of people use a certain word and agree on its meaning, even if it’s not in a dictionary, it becomes a part of our culture and something that has to be recorded. 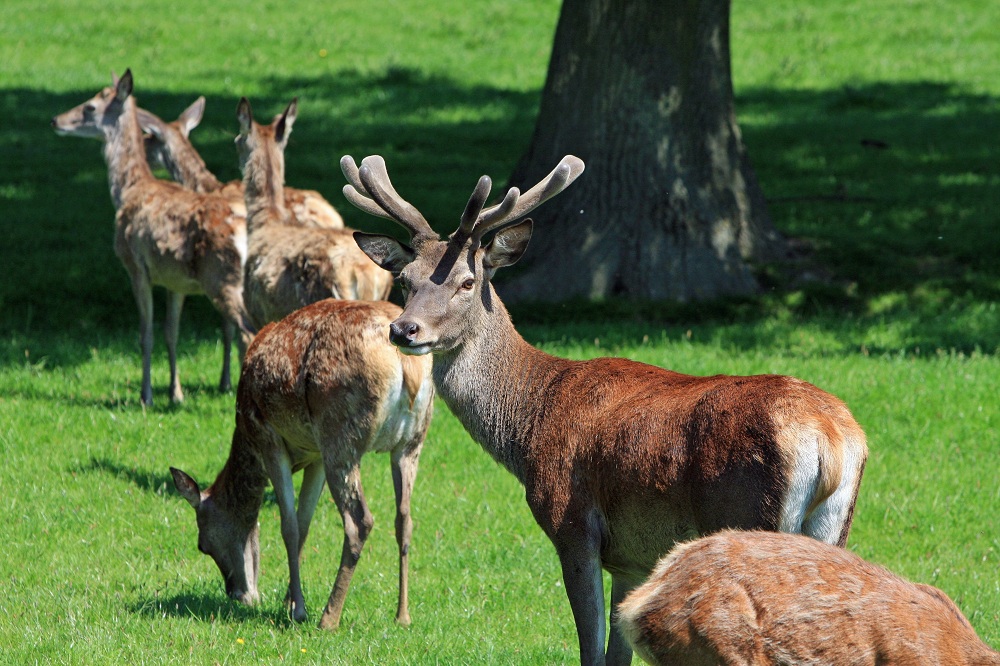 This is why some animals have strange collective nouns. A murder of crows, for example, came from the poetic language used sometime around the 14th and 15th centuries, based on texts dating back to that time. According to linguists, it’s possible that there was a reason people started using the word “murder” as a collective noun, but because it became so commonly used, the true reason was lost in time.

But the fact that teachers continue to teach their students collective nouns and grammar and vocabulary-conscious people insist on using it, a “murder” of crows still exists to this day, even if it’s grammatically acceptable to use “flock” of crows because it shares the same meaning.

Luckily, the popular term used for a group of deer is a herd, so it’s still possible to avoid calling a group of deer a parcel of deer, especially when in the presence of people who aren’t aware of its formal collective noun.

So, the next time you go camping or hunting in the woods and you spot a deer, you know the right word to use. You can also tell if the deer is stag, a doe, or a recently matured foal. However, because the language is always changing, you don’t have to correct someone or be corrected. As long as the message is carefully established, there’s no need to be so specific about the proper terms.

PrevPreviousBlast from the Past: Buying Ammonites & What You Need to Know About These Fossils
NextWhat Stinks?! Hydrogen Sulfide and YouNext