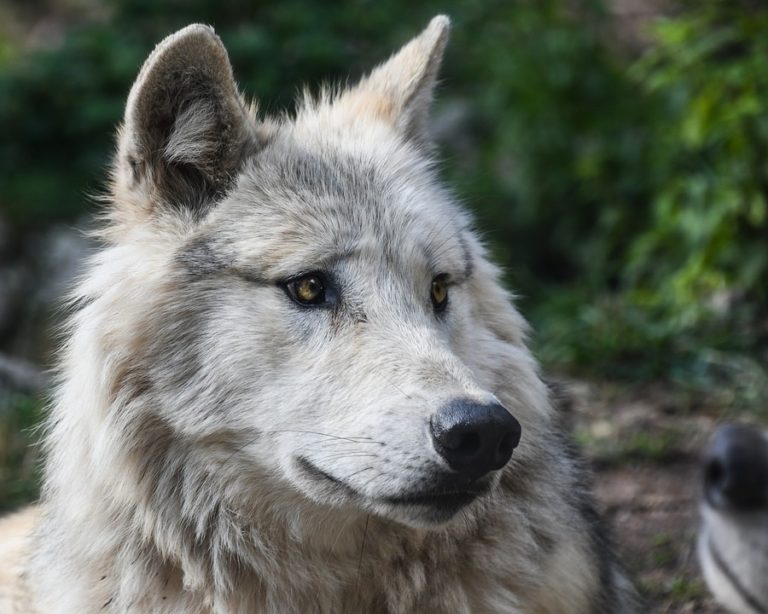 The Largest Animals in the Modern World

Cryptozoology, or the study of folkloric animals or creatures, might seem like fringe science when it first came into prominence in the early 1950’s. However, with better technology came an abundance of study on various cryptids, and even unearthed some giant creatures that people long thought were mythological. Here are some of the largest animals you might not have heard of before.

The Monster of Alberta

In prehistoric times, giant Dire wolves stalked ancient America during the Late Pleistocene and Early Holocene periods. They weighed more than 130 lbs. and had jaws that contained a row of teeth designed to shear through flesh and bone. In fact, Canis Dirus had the strongest known bite force in the entire Canis species.

In the modern world, however, the biggest wolf ever recorded was from Drayton Valley, Alberta in Canada. This massive timber wolf weighed in at around 235 lbs, beating the previous record holder, an Alaskan wolf that weighed over 175 lbs.

While Alberta’s wolves can be huge (tipping the scales at 100 to 130lbs on average), the record holder was a freak of nature: many people doubted the original picture when it first came out, calling it a hoax or a myth. However, numerous independent sources verified the story and interviewed the hunter who took down the great beast. The monster wolf from Alberta was shot and killed by a bear hunter during a routine hunting trip. The hunter had noticed that the local bear population was being attacked by an unknown creature that would take down bears in one, fell swoop.

In terms of sheer size and weight, the Goliathus species of beetle in Africa reigns as the King of Insects. The Goliath Beetle is one of the largest insects on the planet, but thankfully, they only feast on tree sap and fruit.

The Goliath Beetle’s legs carry a pair of razor sharp claws which it uses to climb up and down various trees and branches. The male Goliath Beetle has a Y-shaped horn on its head, its primary weapon against other male Beetle’s who might challenge its dominance, invade its territory, or try to steal its mate. Female Goliath Beetles, on the other hand, lack horns; instead, they’re equipped with wedge-shaped heads that they use to burrow into the earth so they can lay eggs. For insects of their size, the Goliath Beetle has a striking pattern throughout their body. Sharp, contrasting black stripes across their thoracic shield, or pronotum, are common markings across all of the Goliathus species.

The Goliathus Goliatus is the largest genus of the species, with male Goliatus measuring from 50 to 100 millimeters, while the female grows from 50 to 80 millimeters. It has a primarily black thoracic shield, with white stripes going down its body. Unlike other genus of Goliathus, it has a secondary pair of wings that it also uses during flight.

Giant squid have always been a part of nautical mythology; with purported sightings dating all the way back to the golden age of discovery in the 17th century. For the longest time, people thought that giant squids were a myth, a fantasy cooked up by bored sailors. However, the discovery of giant squid tentacles in the belly of a sperm whale in 1925 spurred interest in the legendary beast.

It wasn’t until 2003 that scientists were able to capture a live colossal squid. Scientists off the coast of the Antarctic captured a female specimen that measured around 20ft, with a mantle spanning 8ft and 2 inches. It weighed around 500lbs, with tentacles going up to 7ft long. While not exactly the terrifying monster that would bring down the old sail ships of yore, it did confirm to scientists the existence of these giant creatures, and allowed scientists to postulate about how big full-grown colossal squids can be.

The Colossal Squid’s size meant that it could feed off large fish like Patagonian toothfish and could easily attempt to battle with sperm whales, not an easy feat, considering sperm whales can weigh up to 45 tons.

Not A Ray of Sunshine 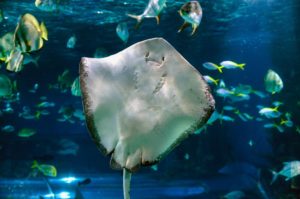 From above, the Giant Freshwater Stingray is grayish brown, with a yellow or pink tint coloring its fin margins. The whole disc body of the stingray is covered in dark brown mucus, although the underbelly is white with wide dark bands and edged spots on the pectoral and pelvic fins. The Stingray is a natural bottom-feeder, so its diet consists primarily of invertebrate animals like mollusks or crustaceans.

Although not naturally aggressive towards humans, incidental catching by fishermen can often turn deadly. The Giant Freshwater Stingray’s sting is coated in a thick layer of toxic mucus. The length of its sting and the surprising power of the stingray mean that it can drive this poison arrow through human bone.

PrevPreviousManaged Services: A Common Need for the Automotive, Health, Manufacturing, and IT Sectors
NextUnderstanding Die-Cast Technology and Its BenefitsNext