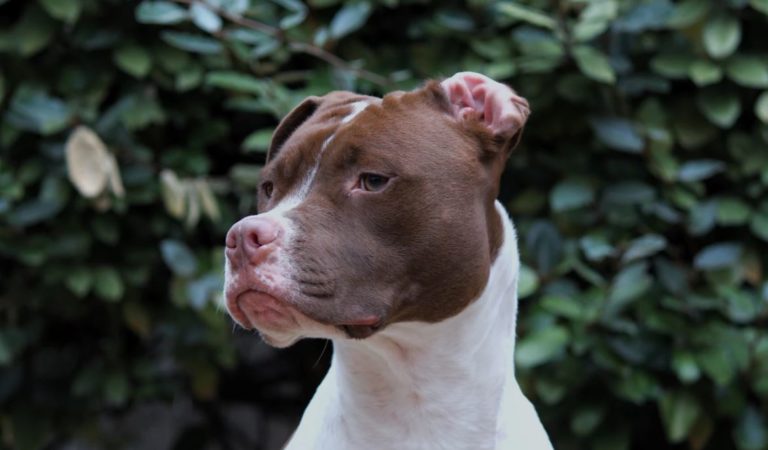 Everything You Need to Know About Adopting a Pitbull

Pit bulls often get a bad rap for being a violent and harmful breed. While other bigger dogs have a history of attacking humans when provoked, people seem to have it in for pit bulls. So much so that some places ban pit bulls but allow other breeds to enter.

Pit bulls are simply misunderstood breeds. While the size and breed of a dog can affect their health and lifestyle, part of a dog’s personality comes from how they are raised or treated by their owners and the kind of environment they grew up in.

Prejudice aside, a pit bull is an athletic, playful, and friendly. Contrary to its size and appearance, they aren’t very aggressive unless provoked and were raised in good conditions. Whether you get a merle pit bull or any of the possible fur colors, pit bulls are great for home with children and other dogs.

So, if you’re thinking about adopting a pit bull, here’s what you need to know about getting one.

Pit bulls come from bulldogs and terriers. The term can refer to any dog descended from the two, as the two can create a wide range of pedigrees and appearances that are sometimes distinguishable by discerning dog breeders. The prejudice against pit bulls come from their history of being bred as fighting dogs, baiting dogs, and dogs used in blood sports. While dog fights are banned in plenty of countries like the United States, however, there are underground rings dedicated to holding pitbull fights.

Because of this, there is a strong stigma against pit bulls that are seen as one of the most violent breeds. However, studies have shown that pit bulls are not necessarily violent due to their breed, but because of the way they were raised. The stigma of pit bulls, however, can transfer from the dog to the owner, as some people may suspect pit bull owners to be involved in criminal activity. However, this is based simply on prejudice, and plenty of pit bulls can be trained to become office dogs and search dogs like other breeds.

While there are various appearances to the pit bull breed, they share several physical characteristics. A person not familiar with pit bulls can easily mistake a pit bull’s specific breed, and even some experts find it difficult to determine a pit bull’s specific breed simply through visual inspection. In some cases, since pit bulls look similar to a mixed-breed mutt, a mutt with no bulldog or terrier ancestry is mislabeled as a pit bull if they exhibit certain characteristics often attributed to pit bulls. Most pit bulls have a square-shaped head and a body type that is bulkier than average, but it’s possible for a pit bull to also not show these signs. Pit bulls come in numerous colors, including merle pit bulls, fawn, white, black, and many other colors. Like other merle-colored breeds, merle pit bulls fetch a slightly higher price because of their rare color and blue eyes compared to, say, black or white pit bulls that are very common.

However, if you’re planning to adopt a pit bull, you shouldn’t let color be a major factor when finding one in your local shelter. Your options are limited to the dogs available, so it is better to adopt whichever pit bull needs the most help regardless of the color of their fur.

Adopting a Pit Bull: What to Know

If you’re willing to look past the prejudice of pit bulls and what it takes to raise a pit bull, you should know how that will affect the way you raise them. For starters, you should know that having a pit bull in your home is nothing like a small low-maintenance dog. They are more loyal and loving than most people give them credit for and make for good companions. However, they are very playful, energetic, and enthusiastic when around people (especially children) and other dogs, so this isn’t the dog for you if you live a sedentary lifestyle or don’t have the time to walk or play with your dog.

While there’s a lot of things people can do to dispel the notion of violent pit bulls, unfortunately, this prejudice has resulted in policies created by commercial establishments against this specific breed. You may find that some stores will not allow your pit bull inside their premises but have no qualms about Labradors and other big breeds entering.

In some cases, though, a business’ decision to refuse your pit bull isn’t because of discrimination, but because of health and safety reasons. Some air carriers understand the risk of the temperature and humidity of certain animals. Because of the bone structure of pit bulls, some dogs are not allowed on flights. However, a year ago, Delta Airlines banned pit bull service animals claiming it was a potential safety risk on the passengers. Recently, however, the Department of Transportation rejected this and allowed pit bulls once more to ride, claiming that “any animal, regardless of breed, poses a direct threat.”

Pit Bulls Are Vicious and Aggressive

This is a stereotype that plenty of pit bull owners and animal lovers are trying to remove. While there is news about pit bulls attacking people, you have to understand that a dog’s personality isn’t totally determined by their breed, but more so by the type of people that raise them and the environment they grow up in. A dog, regardless of breed, that is placed in a stressful environment and is often mistreated is more likely to take a defensive stance and could attack at the slightest provocation.

In reality, pit bulls raised in a proper environment actually turn out to be kind and loyal. Unless they are raised in conditions where they are trained to attack humans, then they won’t be as violent as many people make them out to be.

Because of the stereotype, some people think that buying a pit bull from a breeder who has raised pit bulls to a certain standard and personality is much better than adopting pit bulls in dog shelters whose ancestry and history is unknown. If this were the case, then wouldn’t all dogs in shelters be more dangerous than buying from breeders? Obviously not, so why are we putting these cautions on pit bulls?

Unfortunately, because of their body type and previous usage, plenty of abandoned pit bulls have most likely been abused, neglected, or forced to fight rather than be a part of a loving home. While these conditions have made them wary of human interaction, it is possible for pit bulls in shelters to unlearn the abuse and learn to trust humans when placed in a loving family.

Again, this myth involves the notion that because adults were raised in a violent setting, it will be difficult for them to unlearn their aggressive tendencies. This myth perpetuates that it’s much better to raise a pit bull dog to be a loving pet than to adopt an adult pit bull and make them unlearn and re-learn how to behave.

While raising a puppy is possible through breeders, the problem with this myth is that it tells people to ignore the adult pit bulls in need of a home because they cannot be trained. If you really want a pit bull, it is much more humane to adopt a pit bull in need of a home. While not all breeders are bad, unethical breeders treat puppies as a product rather than a living being.

Adopting a pit bull means providing it with a better home and a better future. While your decision to adopt one can prove that pit bulls aren’t as violent as many make them out to be, there are some things you need to know about welcoming one into your household.

PrevPreviousPregnancies & Periods: Ovulation and the Best Time to Try for a Baby
NextWhy It’s Easier to Carry a Live Body Than Dead WeightNext