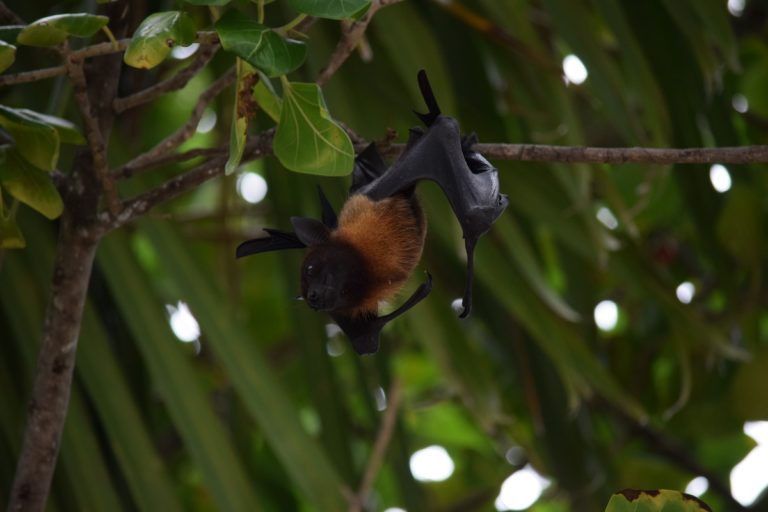 Despite millions of deaths, trillions of dollars in lost industry, the shuttering of most of the developing world, and the complete shifting of our global culture, the popular theory that the coronavirus came from bats is still being challenged by scientists today. Their consensus: the ‘coronavirus bats’ theory just doesn’t fly.

Coronavirus in Bats: A Likely Origin?

The most popular story for the origin of the novel coronavirus probably comes from anecdotes involving residents of Wuhan, China eating bat soup with infected bats. Not only is this story unverifiable, it also plays into many misconceptions about viruses and their origins.

However, could the coronavirus have originated in bats? Many researchers agree that, while it might not have been manufactured inside bats, there’s a possibility that bat bodies harbored the virus, although its exact origins probably still lie somewhere in nature. This goes against many conspiracy theorists that claim the coronavirus came from a lab in Wuhan.

While the lab did unveil the first genetic blueprint for the SARS-CoV-2 virus(albeit with different genes and alleles to the variants present in the current pandemic), scientists concur that the coronavirus the world experienced was most likely from nature and not from a lab.

Although scientists still point to bats as the likely source of the virus, many questions remain: what species of bat harbored the virus? Were they native to Wuhan? Could other animals have been responsible? These unanswered questions prevent scientists from confirming whether or not the coronavirus came from bats.

Unfortunately, one of the most crucial aspects of creating a vaccine or an anti-viral medicine that is 100% effective through and through is identifying the source of the virus.

Coronavirus in Bats: Looking for Clues

In virology, there are two essential clues that can help researchers determine the most likely source of a particular virus: viral genetic material and records of past infections, just like when they look for differences between eubacteria and archaebacteria.

Of these two, viral genetic material is more important, particularly, the DNA or RNA of the virus. As a virus spreads, it mutates in unique ways, which is why, as of 2021, there are now dozens of Covid-19 variants around the world. By tracking the changes within the virus’ DNA, scientists can make highly educated inferences as to how a particular virus spreads from host to host, and if it’s possible for it to spread from animal to human. The more viral blueprints scientists have, the better their inference.

One of the viral blueprints scientists are working with, and the one which leads to believe that the Coronavirus may have come from bats, is the discovery of SARS-CoV-2’s closest relative, the RaTG13a. RaTG13 is a virus that was found in bat droppings back in 2013 in a cave in Yunnan, China, with some of this viral DNA and RNA closely resembling SARS-CoV-2 samples in 2020.

The 2013 samples also gave scientists evidence of people being infected and recovering from the infection, the second most crucial clue they need to develop medicine. By looking at how a virus runs its course, scientists can trace the virus’s lifespan and its origin. These clues are usually left behind by the virus in the form of antibodies, a type of protein the human immune system creates to fight infections.

Unfortunately, while there was evidence of RaTG13’s origins, an exact origin for SARS-CoV-2 has yet to be determined. Patient Zero has yet to be determined; although the outbreak can be traced to a case cluster in the Hunan Seafood Market in Wuhan, cases as early as December 2019 in other parts of China prove that SARS-CoV-2 had already been doing the rounds prior to the pandemic.

In January of 2021, scientists from the World Health Organization were sent to China to search for SARS-CoV-2’s origins, and while their research is still ongoing, one thing is clear: the virus couldn’t have come from a lab, as the strain that caused the pandemic of 2020 was far stronger, and far more lethal, than anything scientists could have come up with, not even with China’s shady way of covering up negative news.

But in a twist that may take the heat off China, the WHO science team found evidence of SARS-CoV-2 in both bats and pangolins in Thailand and Cambodia. This particular strain of the virus bears a closer resemblance to the samples found back in January 2020, which means that they could not have been infected because of the pandemic.

While it might seem scary, it does lend a substantial amount of credence to the hypothesis that the novel coronavirus is a nature-born virus that circulates in animals.

While bats are still the prime suspect for the coronavirus outbreak, scientists aren’t ready to actually pin the pandemic on them. There is not enough evidence for scientists to study how viruses work in bats and how they transmit them to other species. In fact, while scientists are almost sure that the current pandemic was harbored by bats, they still don’t know the exact origin of the virus.

Scientists, however, are working with the evidence they do have, and are leveraging healthcare-changing technology to get to the bottom of things: as of 2021, the vaccines that have been made available to the general public have seen an efficacy rate of 100% in preventing the development of serious symptoms, while the efficacy rate of shielding people from coronavirus infections themselves play in the 65-84 percentile.

It’s not perfect, but it’s one step closer to ending the pandemic that has reshaped human society as we know it.

PrevPreviousExecutioner Wasps Are Scary, But Have You Heard of Flying Spiders?
NextAllergies or Covid? Know Their Similarities and DifferencesNext