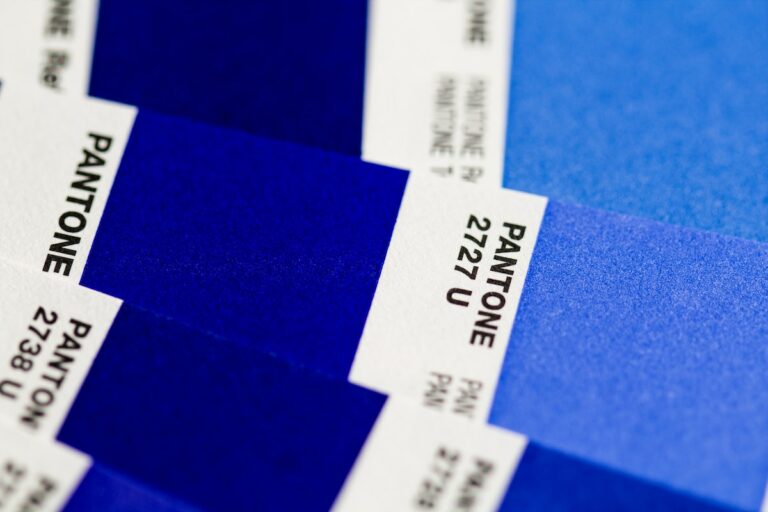 The Weird and Wonderful History of Cobalt Blue

One of the most fascinating colors to come out of the spectrum, Cobalt blue, has a fascinating history that dates back to the 19th century, with Cobalt itself having a quirky background as the favorite ore of goblins.

What Color is Cobalt Blue: The Science Behind It

Carrying the Co symbol on the periodic table, Cobalt carries an atomic number of 27. In its natural, unprocessed state, Cobalt isn’t actually blue; it has a color very similar to burnished silver. Once processed, Cobalt can be used to produce bright and vibrant blues that are used in paint pigments.

Although Cobalt blue uses a cheaper source material (i.e. Cobalt ore), some unscrupulous art suppliers will sometimes sell imitation Cobalt Blue. These Cobalt blue hues usually contain very little –if at all –cobalt, instead being made up primarily of multiple pigments meant to recreate the vibrant color of the real thing.

Be warned, however: Cobalt Blue can be toxic when inhaled. This is a common cause of lung damage for artists who primarily use Cobalt Blue in their airbrush projects.

A Noble History of Cobalt Blue

Although the use of Cobalt compounds had been in use since the Bronze Age, Cobalt blue as an actual color didn’t make it to European shores up until the beginning of the 19th century. Back then, artists that wanted to paint with vibrant blues relied on a pigment called Ultramarine. Unfortunately, Ultramarine was created using a laborious and expensive process that involved grinding up lapis lazuli, a semi-precious gem that could only be found in the far-off mountains of Afghanistan.

Because of this prohibitive cost of making Ultramarine, the Napoleonic administration commissioned various chemists and artists to find a cheaper solution. By 1802, Louis Jacques Thénard, an industrial chemist, was able to create the pigment Cobalt blue using a combination of cobalt salts and alumina, a silver-colored compound. This was a process that he borrowed from the famous Sèvres potteries, with the pots using a combination of cobalt smalt to produce a vibrantly blue glaze.

Due to its stability in room temperature, lightfast, cheap price point, and vibrancy, Cobalt Blue became a hit with various artists of the time, with notable painters like Monet and Van Gogh using the pigment in their works. In America, Cobalt blue is also known as Parrish blue, named after painter and illustrator Maxfield Parrish, who used Cobalt Blue extensively to create intensely blue skyscapes in his paintings.

Cobalt compounds have been used to impart particular, bluish hues to items since at least the Bronze Age. The element Cobalt itself wasn’t actually discovered until 1735 when Swedish chemist George Brandt was able to prove that Cobalt was a compound distinct from bismuth and other metals.

The name Cobalt is taken from the German Kobalt, itself derived from the Kobold of Germanic lore. In mythology, kobolds were goblins notorious for causing cave-ins in mines, with some kobold stories even claiming that the malicious creatures would poison miners just because.

Naming Cobalt after the kobolds made sense, considering that Cobalt ore can be very difficult to extract from the ground, with Cobalt ore also having the potential to poison entire mine shafts in the form of Cobaltite, a compound that contains arsenic and sulfur.

Why Cobalt Blue is The Artist’s Choice

Cobalt blue is preferred by artists because of a fine, rule of thumb: if you want more vibrant colors, you use a monopigment. Monopigments are pigments that use only one, specific hue.

For beginner artists (or artists on a budget), the only way to get certain hues and colors is to mix various other pigments together. However, when done improperly or if the ratios are only slightly off, an artist will produce a muddy, greyish-brown color that’s far off from their intended hue.

Cobalt Blue Hues, which is an imitation/fake Cobalt blue, are usually made of Phthalo Blue and Zinc white. The resulting pigment, while similar to Cobalt blue, lacks the stability and lightfast properties of the real thing, with the fake pigment reacting pretty negatively to other hues when mixed.

So, in general, it’s always a good idea to use monopigments in your paintings. However, some modern artists believe differently: because different kinds of pigment will have different tinting strengths depending on different dispersal methods using different vehicles, modern pigments can actually have the potential to be more vibrant than traditional paints. This means that a painter can, theoretically, mix a pigment (like Phthalo Blue) with a particular vehicle (like acrylic polymer or gum Arabic) and a specific dispersal method (like airbrushing) to create a pigment that is just as lightfast and as stable as the real thing.

Of course, this is a lot more work than just straight-up getting Cobalt blue.

PrevPreviousInnovations in Cancer Management
NextWhere Does Vanilla Flavor Come From? It’s Not As Gross As You ThinkNext