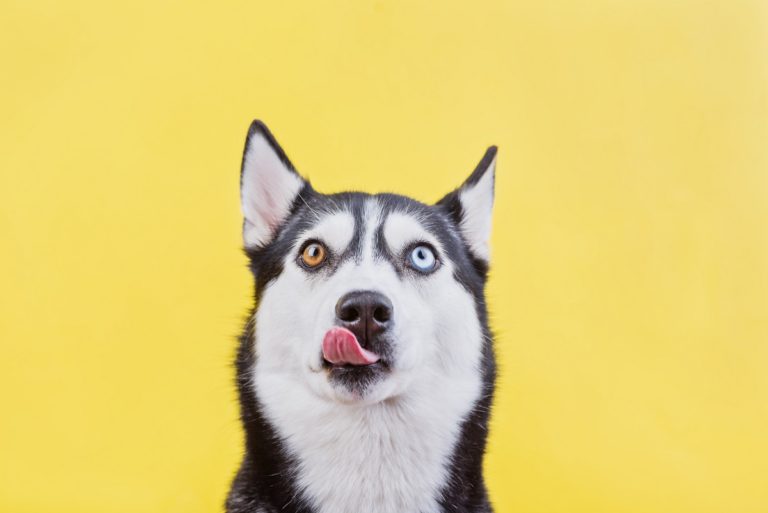 Can Your Dog See What’s on Your TV Screen?

As a dog owner, do you sometimes wonder what your dog thinks? When you’re sitting down, eating, or just staring at your computer while you work, do you ever just see your dog looking at you silently or reacting in a way you never expected?

What about when you’re just relaxing and watching TV? Do you see your dog looking at you, or do you see them looking at the TV? It really makes you wonder if dogs can see TV screens. And if they can, can they see the same things we see, or is an LCD flatscreen no different than the original grainy black and white television box?

Well, according to studies, what dogs see on your TV may make them a great movie buddy the next time you want to spend your weekends in front of the television.

What Do Dogs See?

Dogs (and almost all other animals, for that matter), see things differently for two reasons. One reason is the mental capacity, but the bigger reason is because of the way our eyes and dogs’ eyes are built.

The human eye is slightly different from a dog’s eye. A dog’s retina has two types of cells: rods and cones. Cones provide the ability to identify colors and specific details, while rods can detect motion and vision especially in situations with little to no light. Dogs’ retinas are more rod-dominated, allowing them to see well in the dark compared to humans. However, their cones are only a tenth of what humans normally have, so they see less color and tiny details most humans can see.

In the past, this finding made scientists believe that dogs could only see black, white, and shades of gray in between. This has been disproven as a myth as studies now show that most dogs have the same visual capacity as a color-blind person. They cannot see green, yellow, orange, and red, but they can see blue-violet, and yellow.

Despite the lack of color identification, dogs use their other senses and ability to think to help make decisions. For example, seeing-eye dogs may not be able to distinguish a red or green stoplight, but they can help a person with blindness cross the street by looking at a stoplight’s brightness, the position of the light, and the flow of the traffic.

Can Dogs See at Night?

A dog’s rod cells make them much better seers at night. Aside from their retinas detecting motion and seeing details in the dark, dog eyes have larger pupils, allowing more light to enter. Their eyes also contain a feature called tapetum, something that isn’t present in a human’s eye.

The tapetum reflects light and gives retinas the chance to register reflected light that has entered the eye. This makes dogs able to see at night with little to no light, but it also makes them see less clearly. This is actually the part of their eyes that make dogs’ (and cats’) eyes glow at night.

How Far a Dog Can See

Your dog’s eyes can affect how well it sees its immediate and peripheral surroundings. Prey species have eyes on either side of their heads to give better peripheral vision in case they are being stalked by a predator. Predator species like humans, wolves, and dogs on the other hand have their eyes closer together to help them see much wider.

Depending on the breed, dogs have the added advantage of their eyes being angled at 20 degrees to increase their field of view and give them better peripheral vision. However, their binocular vision is compromised. This means that an average dog’s general vision is less good as it looks farther. Dogs that are used for sight, therefore, have to be bred for better vision.

The way TV works is that it shows a number of frames per second to show animation. What humans really see when they watch TV and see movement are these frames transitioning from one frame to another at such a fast pace that it looks like one picture that is moving at a normal rate. In reality, what you’re seeing is thousands of frames transitioning and accompanied by sounds.

The same applies to dogs, but they do not see the exact same thing humans do. If you’ve seen your dog reacting to the sounds from the TV or the pictures in it, it’s proof that they can see what’s happening or have an idea of what’s happening. In fact, studies show that dogs are intelligent enough to know what’s happening on the screen, coupled with the sounds they hear from it.

A 2013 study from Animal Cognition found that even without audio aid, dogs can tell what’s happening on a TV screen just by pictures and videos.

Based on studies, your dog may enjoy a movie much better on a modern flatscreen than an old television model from 20 years ago. Dogs’ rod cells in their retina capture motion faster, which means an outdated television unit that shows fewer frames per second will look like a bad-quality 1920s film even if you’re watching a modern movie.

Channels like DogTV exist to help with this. As long as you have a good TV unit, DogTV broadcasts its shows with much higher fps. It won’t make a difference in how we see the channel, but for dogs, it can help calm them as it can help them see TV the same way we normally do.

Dogs can generally see a blue and yellow color spectrum, while humans see a wider range of colors. Your dog can watch regular TV but may not be able to see true colors on the screen. Again, DogTV has curated its shows to have dog-friendly colors that your dog will be able to see.

How Your Dogs React to the TV

Some dogs may actively react to whatever they see or hear on the TV, while other dogs ignore it. This isn’t a sign of impairment on your dog, but is simply dependent on their personality.

Some dogs may be territorial and threatened when they hear other dogs, people, or other sound effects on the television and may get aggressive. Others are shy or scared and may start hiding. And others may be happy to see other dogs and people on screen and will always try to approach your TV. Younger curious dogs may even look at the back of the TV to look for the person or animal making the sound.

But the average domestic dog who has already been used to the sounds and sights of the TV should already understand that what they see and hear on your television will not affect them in any way. These dogs are desensitized to what they see and don’t really react to your unit.

Its breed may also determine how it reacts to the TV. Bloodhounds and dogs bred for their noses are less interested in television because they are less interested in visuals and do not smell the people and animals they see on TV. On the other hand, terriers, sheepdogs, and other herding breeds that have higher rod-dominated retinas are sensitive to the movement on your television and may react more often.

Yes, dogs can see your TV screen, but to a certain extent. Depending on the show you’re watching and the quality of your television unit, they may not vividly see what you’re watching as well as you can. This is because their eyes capture movement faster but have a more limited color spectrum they can see.

If your dog is constantly reacting to your television, the best thing to do it just let them be and get used to desensitize them to what they see. Eventually, they’ll realize that the things, people, and animals they see on the TV won’t harm them or move outside of the TV, and they’ll eventually ignore or get used to watching the television quietly.