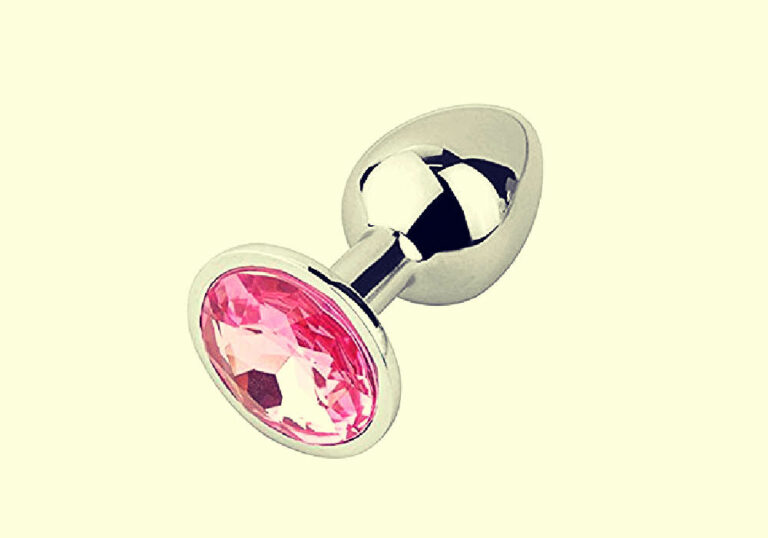 The 19th century was, for lack of a better term, a horrifying time to be in: it was the start of the Industrial revolution and millions of people went from a quiet, agrarian life to a capitalist dystopia full of smoke and overcrowded cities seemingly overnight, and with it came these gargantuan, man-made machines made of steel and guesswork that advanced us from primitivism to modernity.

But there was one problem: while our understanding of engineering, physics, and contraption-making increased exponentially, our other scientific disciplines lagged behind, particularly medicine. Back then, there was no concept of a link between lifestyles and diseases, or washing your hands before sticking them inside a person.

Think of it this way: at a time when steam-powered contraptions like trains and proto-cars started crisscrossing continents, doctors were still relying on leeches, straight-up arsenic, and even butt plugs, to relieve some of the time’s most common medical mal—wait, what?

What Was the Purpose of Butt Plugs?

At a time when engineers were starting to unlock the secrets to forging world-building machinery, doctors were still asking themselves, “I wonder if I can cure diseases by putting things up the butt?”.

In fact, up until the late 18th century, tobacco smoke enemas were all the rage, with many old-timey physicians attempting to revive patients who have drowned. Yes, ye olde doctors thought that literally blowing smoke up someone’s butt was going to bring them back from the afterlife. And this wasn’t some sort of fringe science either; it was such a mainstream practice that, along the River Thames in 18th century London, there would be smoke-up-the-butt equipment –consisting of a ration of tobacco, a tube, and a bellows –hung about the waterway.

This type of smoke treatment was used to relieve all things medical and was, at one point, one of the greatest innovations in cancer management back in the 18th century. No, I wish we were kidding.

Thankfully, the practice ended sometime at the beginning of the 19th century when doctors realized that blowing smoke up someone’s butt was not only a waste of time, it was actually kind of gross. But also, because it took them that long to figure out that the anus wasn’t, in fact, connected to your lungs. Why they thought blowing smoke into your butt so the smoke would go into your lungs would somehow de-deceased you, we’ll chalk up to ignorance.

Ok, But, What Was it About Butt Plugs? 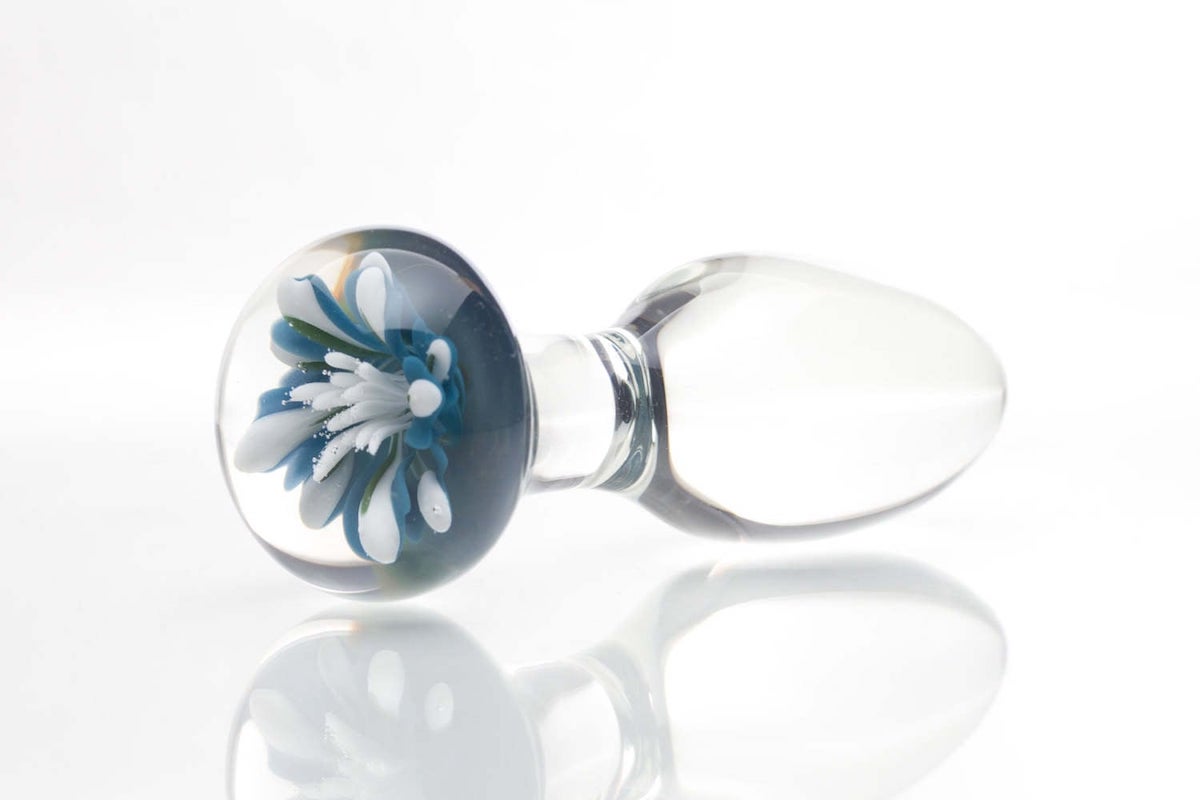 Ah yes, on to the butt plug. Before this, know that doctors of that era were operating on medical knowledge they cobbled together using anecdotal evidence and creepy diagrams. WebMD, after all, hadn’t been invented yet, so a lot of medicine at that time, although remarkable, was also sorely lacking.

Particularly for things that affected the mind: psychological disorders like hysteria, depression, bipolar disorder, and the like, were treated with either wonder or disgust. Prior to the creation of modern psychology by the likes of Freud and Jung (both of whom were equally problematic, but that’s a separate article), having a psychiatric disorder was the semi-modern way of calling someone a witch.

Couple that with pre-modern medicine’s penchant for shoving things up the rear, and you get Dr. Young’s Ideal Rectal Dilators! Not surprisingly, these butt buddies weren’t sold as sex toys; rather, Dr. Young (we’ll get to him in a minute) marketed his patented butt plugs as a completely serious and totally not-gross medical tool to relieve all sorts of medical maladies, from obvious ones like constipation to slightly less obvious ones like acne and anemia.

Again, given pre-modern medicine’s lack of knowledge, it shouldn’t come as a surprise that Dr. Young played on people’s common misconceptions about health. In fact, Dr. Young’s Ideal Rectal Dilators were marketed and sold to be done at home, by yourself. The original packaging encouraged people to use these butt plugs to cure, well, pretty much everything. Each purchase came as a set, with different sized rectal dilators so that people work their way up from the skinny small plugs to the holy-crap-you-want-me-to-put-what-in-what.

The instructions were, at least, pretty accurate:

“First warm dilator in warm water; then lubricate outside of dilator with Dr Young’s Piloment (or if it is not available, with vaseline) and while in a squatting position – or while lying on the side with knees drawn up – gently insert in the rectum as far as the flange or rim. Hold in place a minute and the anal muscles will close and retain it. Sit or lie down and allow it to remain for half an hour or an hour to get the best results. Ten minutes will accomplish much. When ready to go to the next larger size, it is best first to use for a few minutes the same size you have been using, inserting and withdrawing It several times. This is very beneficial and should not be overlooked.”

To be fair, Dr. Young didn’t recommend these products for anyone under the age of 8. Unless, of course, it was supervised by a doctor. At first, many customers “panicked” at the sight of the largest dilator, but Dr. Young would reassure customers via their adverts that this is not only achievable –thanks to the rectum’s ability to expand –but highly encouraged: the best health benefits, after all, come from completing all of the dilators. Demand must have been high, because eventually, Dr. Young started marketing an “Extra Length” dilator that was an inch-and-a-half thick. We’re going to need to let that sink in for a moment.

Again, before you cringe, remember this was common medical knowledge at the time. And Dr. Young was just working from that knowledge base.

Customers in the late 19th century, however, weren’t as squeamish as us: why, no less than Reverend Cook and S.F. Loughborough themselves loved the product, with both men claiming that they would not sell Dr. Young’s Ideal Rectal Dilator for less than $100! How credible these men were, however, are questionable; after all, it’s not like we hear from them ever again.

But who was Dr. Young? Well, we don’t actually know. The name comes from a Medical News editorial that says, “Dr. Young himself” praised the use of rectal dilators as a legitimate and effective cure for insanity, noting that “three-fourths of all the howling maniacs of the world” were curable “in a few weeks’ time by the application of orificial methods”. But other than that, there’s not a lot of references to a ‘Dr. Young’ who worked in the psychiatric field majoring in butt plugging.

How the Butt Plug Kind of Helped Modernize Medicine 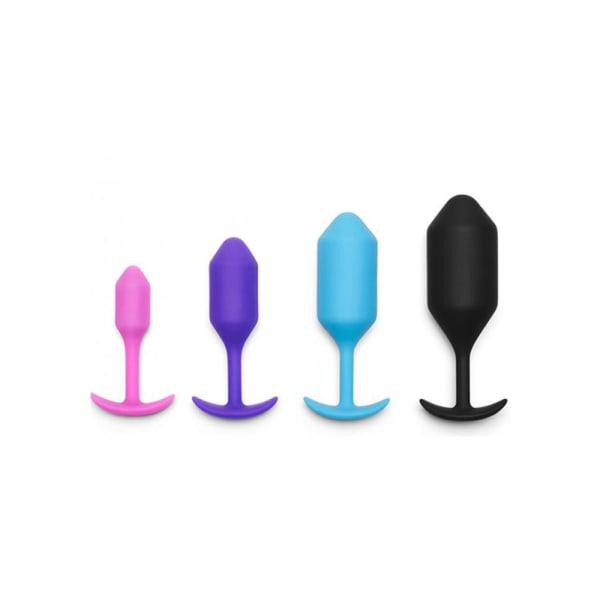 Originally conceived and sold in the early 1890’s, the butt plug was, again, sold as a serious medical tool to help relieve serious medical maladies. And to be perfectly honest: some of the theory that it operated behind helped doctors understand anatomy better, from diaphoresis to dilation.

Early butt plugs claimed that regular application would help in constipation, adding that the butt plug would help “strengthen and tone” the rectal muscles to aid in defecation. In the modern era, we know this now to be true, and while modern rectal dilators aren’t used for such (we have medicine for that now), it did help doctors figure out how and why rectal muscles worked the way they did.

As for its other, outlandish claims, well, there is some truth to it: Dr. Young’s Rectal Dilator actually claimed to help with chronic bad breath or halitosis. Today, we know that halitosis (the medical term for bad breath) is a primarily oral problem, but may have gastrointestinal factors affecting it, including constipation. It’s a bit of a stretch but the connection is there.

But then we go to the really wrong, untrue, misinformed claims that butt plugs could potentially cure insanity, acne, anorexia, insomnia, lassitude (i.e., lack of energy), even headaches. There really is no evidence that placing a butt plug in your, well, butt, is going to help, and thankfully, the United States government agreed.

In what is probably the best-named court case ever –U.S. v. 67 Sets of Dr. Young’s Rectal Dilators and 83 Packages of Dr. Young’s Piloment – the American Food and Drug Administration ruled that butt plugs were not only fallacious in their claims (as they were not backed up by any kind of medical evidence other than “Dr. Young” saying it was all legit), they also found that the butt plugs “would be dangerous to health when used with the frequency and duration prescribed, recommended, or suggested in the labeling.”

But that court case didn’t happen in the 1890s: Dr. Young’s Ideal Rectal Dilators were in circulation, not just in the commercial market but within the medical community as well, until as late as the 1940s. Put it this way: there’s a very big chance that your great-grandparents, or even your grandparents, had used a butt plug once or twice to relieve a migraine. Yeah, that’s pretty messed up.

Today, butt plugs are now recognized more widely as sex toy, although their medical origins should probably not be ignored. That being said, the “medical” origins of the butt plug should also be taken with a grain of salt, and a whole lot of lube.

PrevPreviousThis is Where to Find The Coldest Place in the Universe
NextThe Marie Antoinette Syndrome: Science Fact or Historical Misconception?Next