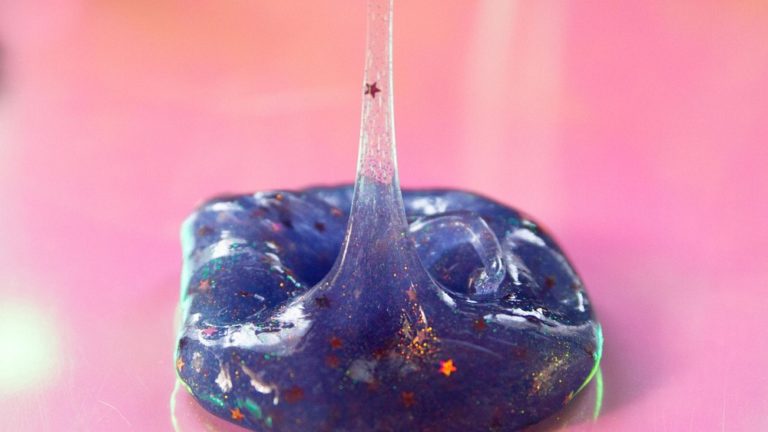 All the Different Ways to Make Slime without Borax or Cornstarch

Before ASMR, melting lipsticks, and chopping bath bombs became popular ways online to reduce stress and anxiety, many people enjoyed playing with balls of slime. Whether you buy Silly Putty or any pre-made slime on the market, it may cost you around $10 to $30. While it is convenient, you’re taking the fun out of making the slime yourself.

You could make your own slime at home with all the slime recipes you can find online. I’ve found that the most popular recipe involves using borax, using detergents and extraction processes, and white Elmer’s glue. While it’s mostly false that playing with slime containing borax can lead to carcinogens and problems with one’s reproductive and nervous system, it still poses a health risk through your respiratory, skin, or eye irritation.

It’s not as fatal as many would believe. However, if you want to avoid the risk of irritation altogether, it’s best to use one of the many other slime recipes that don’t contain borax. Because some people may also have allergies with cornstarch, here are slime recipes without borax or cornstarch and the ingredients to make slime. Most of these recipes are very easy to make, as these are everyday items you may already have in your home.

Most of these recipes may produce hard or wet slime. Once finished with the recipe instructions, knead your slime to soften it or get rid of the excess moisture and stickiness. More of these also require an airtight container or else they lose their consistency.

You’ll need a lot of hand soap for this. Simply add the hand soap (around a cup of it) in a bowl and continue to mix in salt pinch by pinch until it begins to change texture slightly. Put it in the freezer for about 15 minutes. By the time you take it out, it should have turned into a slime. The paint is optional: simply add drops of color and mix it by kneading the slime. 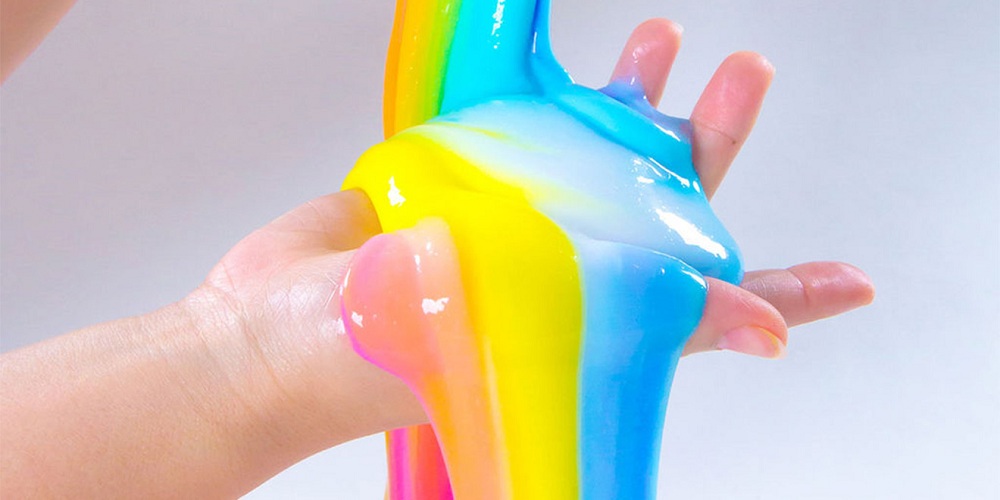 Mix three tablespoons of dish soap and a tablespoon of toothpaste. Add contact lens solution until it begins to form and turn into slime. This is known as the recipe for fluffy slime. Given the texture of the slime, you may want to add glitter or small objects to decorate it. However, if you’re worried about irritants from borax, you might want to avoid glitter altogether as the small particles may irritate your skin and nose as well.

Mix equal parts of toothpaste and hair gel. Mix salt and water into a solution and then pour over the toothpaste mixture. Keep mixing until it forms into slime.

Pour a can of sweetened condensed milk and add a tablespoon of cornstarch into a saucepan. Place on a stove over low heat and stir constantly until it simmers. Once it thickens, remove the mixture from the heat and add food coloring until you get your desired color.

Let it cool before playing with it. Food coloring may stain clothes and carpets, so be careful with this. It goes without saying that it may be edible when you create it, but if you or your child plays with it on the floor or outdoors, it is no longer be safe to eat. Because of its dairy ingredient, dispose of it by the end of the day as it could spoil and give off a bad smell when you play with it.

Pour half a cup of glue into a bowl and add a few drops of food coloring. Mix until consistent. Add half a cup of baby powder or more until it reaches your desired slime consistency. Your slime can last for days as long as you store it in an airtight container when not in use.

Mix half a cup of glue, half a cup of warm water, and a few drops of food coloring. Add shaving cream – the more you add, the thicker it gets. You’ll want enough shaving cream to achieve a marshmallow cream consistency. Add a few pumps of lotion if you want a stretchy slime (optional), and mix. While mixing, slowly add laundry detergent until you achieve your desired consistency.

Are you looking for alternative slime recipes because you’re afraid of borax? Well, chances are, you might have the wrong idea about just how toxic borax is.

Claims that borax was a harmful ingredient for slime started when in March 2017 (around the time slime became almost as trendy as ASMR) a blog published an article claiming that the author’s daughter experienced headaches and respiratory symptoms. They soon deduced that it may be due to the homemade slime, and when they made her stay away from the slime, she instantly got better.

The Daily Mail, a tabloid based in the UK, then picked up the article and presented either false or misleading claims about borax slime. They claimed it was extremely toxic and cause damage to your kidneys, brain, and digestive system. It may also lead to infertility. Glue, one of its other ingredients, may also cause mental and neurological disorders.

It is possible that the borax-based slime contributed to the original author’s symptoms. If you don’t dilute the borax well enough, the powder could lead to irritation and serious burns. However, these articles blew the risks of borax out of proportion. While it is true that borax is toxic, it is only toxic when ingested, and even then, you’d have to swallow huge amounts of borax (which you can’t do accidentally) to suffer its health effects.

While it is true that the Canadian government recommends avoiding borax for children’s projects, this is mainly due to the side effects of skin irritation and not so much because it is a toxic health risk.

In fact, a study published in 2013 in the Biological Trace Element Research proved that to make borax toxic, you’d have to be exposed to high levels of borax or at least consume five grams of borax every day.

However, most slime recipes do not call for a lot of borax, and even then, one gram is heavily diluted in 20 mL of water. Therefore, while it may cause irritation when used in slime, it is neither a toxic poison nor a risk to your reproductive health.

So, unless you plan on eating the slime you make (which you shouldn’t do), borax in slime is not dangerous as many people would think. Simply dilute the borax and avoid ingesting the powder ingredient every day, and you should be fine.

These are some of the popular slime recipes that don’t include borax or cornstarch. Have you tried any of these recipes? Let us know in the comments which ones you’ve tried!